I was lucky to join some talented folks to produce a series of chamber music concerts about twenty (20!) years ago.

I heard music and saw musicians as never before. Jeanne and I attended almost every concert from the first in 2000 to the last performance we could comfortably navigate in January, 2015.

In January 2008 my closest friend through this venture died suddenly. I had been listening closely to Shostakovich on my new iPod, and his music became part of the grief. I think about Bill whenever I hear Shostakovich.

Symphony No. 5 took shape beneath the cloud of Stalin’s Great Terror, and Shostakovich himself faced death.

Michael Tilson Thomas beautifully deconstructs the piece, composer, and time in the program, which also includes an exquisite performance at the Royal Albert Hall and is totally worth watching - but especially the essential third movement which Tilson says, “brought people to tears when weeping was an act of courage.”

I’ve come to appreciate the symphony as a meditation on being diagnosed with a serious illness - the first movement roller coaster ride of treatment and hope; the second, trying to get on with life despite the challenges; dying and death (harp strings); and finally trying to explain, pretend, deny, change. 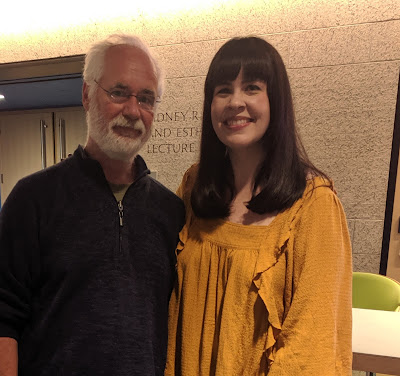 With Caitlin Doughty, the Julia Child of Death

Order of the Good Death

An interview with Caitlin Doughty

“After a death, when we keep the dead body in the home, go out and dig the grave with our own hands, place the shrouded body in the grave and place the dirt onto the body, allowing it to decompose beneath the earth, what we are saying is, “we accept death as a reality, and we would like to engage with it.”

The artist Rachel Perry changed my life when I saw her work in the 2002 faculty show at the Museum School. I later got to thank her.

Comics in Medicine at the Center for Cartoon Studies

Some cartoons I drew

Another cartoon
Another one

ELNEC training was a powerful experience. Awesome faculty and clear message: "You know your learners and situations. Here's a toolbox - take what you need, use what works, make new stuff."

HPNA - worth it for the journal