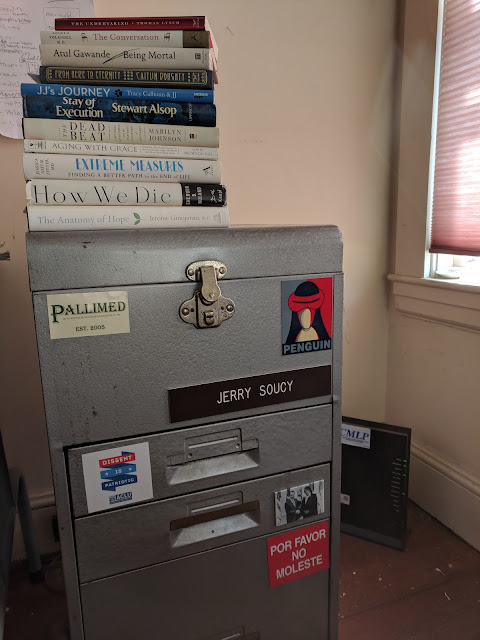 a pile of books

I usually draw from this pile whenever someone who isn’t a health care clinician asks me to suggest a book on the general topic of serious illness, care at end of life, or what happens after.

It’s not exclusive or exhaustive, but good enough for a start.

These were written for the general public. Five are by physicians, one by an epidemiologist, two by funeral directors, one by a nurse and a dog, and two by journalists - one who also wrote obituaries for Princess Diana, Jacqueline Onassis, Katherine Hepburn, Johnny Cash, Bob Hope, and Marlon Brando.

I’m also going to re-read each of them as the year winds along.

Titles and authors
(from the bottom, up)