I'm still working on the set of instructional videos about caring for patients and families with advanced dementia at end of life. Progress has been much slower these past several weeks, and I finally sent off the latest script (#11 of 12) to my awesome BBC-accented narrator, Adam.

The complete version of this video runs about 15 minutes. It includes a discussion of several validated delirium assessment tools, as well as ways to prevent delirium from occurring in the first place.

Here's a 3-minute version, not narrated by Adam. It introduces some important work by folks at the Center for Hospice and Palliative Care in upstate New York, trying to uncover clues that can indicate delirium may be imminent.

More on The prodrome to delirium - a grounded theory study (free!)

More on delirium in Death Nurse:

The ARC of EOL - a poem in progress 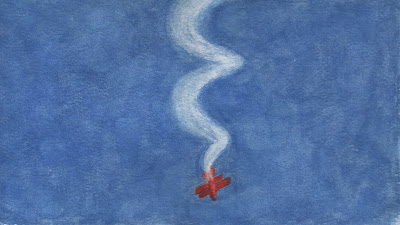 Not the best way to land a plane...

I've got explanations and excuses, but that doesn't matter, because the point of blogging is to blog.

Anyway, I've been working on more delirium material, along with a new 'Hospice 101' kind of thing. I've been playing with the idea of trajectories at end of life, and wonder if a cartoon-and-poem combo would help get some points across. Here's what I have for the poem part, so far:


For most of human history,
people usually died
from a sudden short decline.
Infants died at childbirth. So soon.
Mothers, too.
Germs were invisible, first aid grim.
Some passed 30, 40, 50, 60.
Not most.
Death was neither friend nor stranger.
Death was always near.
That doesn’t mean we liked it.
But at least we understood.


Now that’s changed.
Life is longer now.
Death is distant, hidden, feared.
We are not prepared.


… hold on. There’s more.
Hospitals got big, then bigger.
Hospitals are everywhere.
Now we have a war - on cancer!
Bucket challenge.
Walkathons.
Fight it. Beat it. Fix it. Cure it. Wear a ribbon.


Make it go away!