It's a presentation
Also too: Yes, Whey:
How Yogurt's Leftovers Are Getting a Second Life
Posted by Jerry at 9:45 AM 1 comment:

The problem is crappy corporate hospice 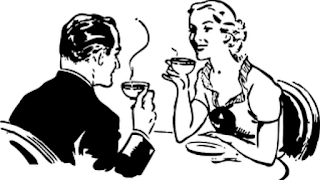 How do you like the tea?
The discussion continues at our private nursing club.

A colleague writes: "... we often are challenged in meeting physical needs alone, much less holistic needs."

I respond: Medicare's Conditions of Participation are clear - the hospice must meet the patient's and family's physical, emotional, and spiritual needs (see 418.100 below).

Hospice nurses aren't expected to do everything, and shouldn't try - that's what the IDT is for.

The colleague continues: "...few of us have the ability to meet both physical and emotional needs given our workload..."

I think my colleague hit the nail on the head!

We need to talk about crappy corporate hospices that abuse their staff.

They most often do it with high case loads, making case managers cover off-hours, and urgent demands to "drop everything" at the last minute for an admission, but they also have plenty of other ways...

Here's what I think - there are 3 important questions anyone should ask up front when assessing a hospice, whether as a potential patient and family or as a possible employee:

If they don't have enough staff, the rest doesn't matter.

If they won't openly answer the questions, they've told you plenty about who they are.

Here's another important question - who owns you?

There's a fundamental difference between the original vision of community-based not for profit hospice developed in the mid-late 1970's that served as the model for the Medicare hospice benefit, and the for profit corporate hospice that now dominates our space. (pdf 'Facts & Figures: Hospice Care in America (August 20, 2020) page 21, figure 22 "Tax Status")****

Corporate hospice is the greatest threat to effective and compassionate care in serious illness at end of life.

I've worked at 5 hospices. One was acquired and no longer exists. That transition was traumatic, with month after month of service failures and high staff turnover - broken bodies on the floor that the acquirer shrugged off as just the cost of doing business. I found that organizational culture rancid.

Another was a VNA that had acquired the hospice and home care business of another agency just before I arrived, and acquired an even bigger agency before I left less than a year later - nonstop chaos. That was 8 years ago, every exec but one got fired or beat feet with exec turnover twice, the place is still a mess, and their ownership is once again up in the air...

I got out of the one big for-profit hospice I worked at as fast as I could, and marked it down as a bad job choice. They're still in "growth mode" and privately held, so no chance for any financial disclosures. They just merged with another big privately-held corporate hospice, because now the name of the game is get as big as you can as fact as you can.

Folks need to follow what's going on in "the industry" by learning to access and understand IRS 990's, SEC filings, and basic management accounting.

Based on my personal experience in metropolitan Boston, there's one agency I recommend without hesitation; one I suggest if there were no alternatives; and two that I advise, "run away!"

I've been in nursing since 1973, and my clinical practice has always been in high-mortality settings: critical care in community hospitals and major medical centers; outpatient hemodialysis; and hospice. The work is always challenging - but it's also very doable in the right environment with the support of a good team and an employer that cares about the mission.

That's not always the case.

My heart breaks for colleagues who endure abuse and overcome obstacles from their employers and managers just for wanting to do the right thing - they're being subjected to moral distress and PTSD. It's less evident in this closed community than in other more open forums but nurses are breaking, and being broken.

Now that "gaslighting" is a more widely-understood phenomenon, it's also possible to more accurately describe and understand the actions and motivations of others who insist. "Things really aren't so bad, we're all in this together, this is what you signed up for, just do what you can, it's just tax status, etc."

I've been on "both sides of the bed," as the primary caregiver to my wife Jeanne - also a nurse and educator - through our trajectory from the initial diagnosis of mild cognitive impairment to her peaceful death at home. I had to keep my eyes sharp for crappy care even as an "informed insider," including with folks in hospice.

Our system is a minefield. Patients and families need guidance, someone to join them, and I don't think it's too much to expect hospice clinicians to have the skill, compassion, and opportunities to guide them. It's actually required, so...

I think it's great for patients and families to have an advocate and ally in healthcare throughout the lifespan. So much more is possible if they have an established and trusted relationship with someone, as our colleague in the private club described her own practice in the Zoom meeting she hosted.

I hired a private caregiver 32 hours/week (4 x 8) in Jeanne's last months, was able to keep it together for two years thanks to a caregiver support group, and took advantage of opportunities to consult with others whenever I needed an objective assessment.

Also too I think online doula training for $$$ is problematic. Always ask, "Whose needs are being met?"

*** "Tax Status" is both accurate and misleading - misleading because the operative concept here isn't taxes it's "PROFIT."

From CFR Title 42 Chapter IV Subchapter B PART 418 - HOSPICE CARE
Subpart D - Conditions of Participation: Organizational Environment
418.100 Conditions of Participation: Organization and administration of services
(a) Standard: Serving the hospice patient and family. The hospice must provide hospice care that-
(1) Optimizes comfort and dignity; and
(2) Is consistent with patient and family needs and goals, with patient needs and goals as priority.
(c) Standard: Services.
(1) A hospice must be primarily engaged in providing the following care and services and must do so in a manner that is consistent with accepted standards of practice:
(i) Nursing services
(ii) Medical social services
(iii) Physician services
(iv) Counseling services, including spiritual counseling, dietary counseling, and bereavement counseling
(v) Hospice aide, volunteer, and homemaker services
(vi) Physical therapy, occupational therapy, and speech-language pathology services
(vii) Short-term inpatient care
(viii) Medical supplies (including drugs and biologicals) and medical appliances
Posted by Jerry at 1:18 PM 1 comment:

It's a slide presentation

What does an eol doula do? 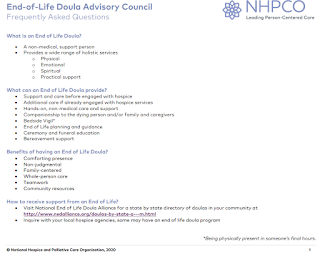 I still don't know...
The website of the national office of the specialty nursing organization that I pay annual dues to has a new feature - a gated  community for discussing topics - kind of like a bulletin board listerv chat function AIM type thing that you can also read with your email, but you need to sign in if you want to respond, plus there's the dues.
Anyway, someone who is a practicing EOL doula and also a member of the org/community recently hosted a Zoom for anyone interested in meeting up and talking further. It's good to connect with people who share a commitment to serving patients and families facing serious illness and end of life.
I obviously can't share what others have said, but this is what I posted as my takeaway:

My questions about doulas remain, especially in the form of "what's the difference between a doula and a … ?"

I still find it hard to come up with a financially sustainable practice model of independent doula for hire, though that's part of the pitch in the online doula training programs.

I also don't understand the reasoning for the claim that hospices will hire doulas - staffing is the highest cost and worst bottleneck in hospice, and I haven't heard anything about what a doula can/will do that addresses that problem.

If clinical staff can't spend adequate time with patients and families, to effectively teach, reinforce, and support them, it's probably because their case loads are too high, and/or they're not competent or adequately supported.

I understand there's a tradition of birth doulas, and have begun to learn more about the role as a complement to midwife and others in the larger context of reproductive justice.

Someone also guided me to this piece about doulas in Yes! Magazine, to help me understand more about the sacred tradition of doulas at end of life - I find there are important differences between what's described here and how the role is being promoted by the likes of NHPCO etc

My questions and skepticism (and alarm) remain - I think the current focus on end of life doulas is a distraction from what's too common in our field, namely crappy hospice resulting from understaffing and the ongoing chaos of frenzied mergers and acquisitions by corporate players buying their way to greater market share with junk bonds and private equity.

*** "Tax Status" is both accurate and misleading - misleading because the operative concept here isn't taxes it's "PROFIT."

"Profit is the money a business pulls in after accounting for all expenses. Whether it's a lemonade stand or a publicly-traded multinational company, the primary goal of any business is to earn money, therefore a business performance is based on profitability, in its various forms." 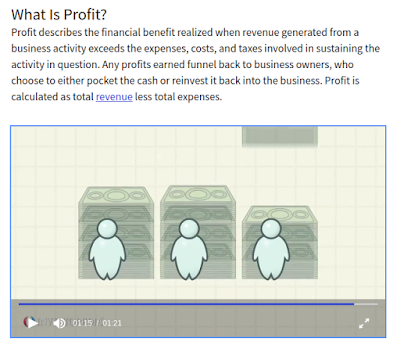 Thanks for reading, see you next time.
Posted by Jerry at 8:03 AM No comments: