November is Hospice Month! So, what's news in corporate hospice? A story told mostly in pictures. 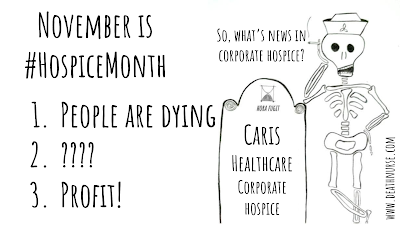 "It's money that matters.
You know that it's true."
Randy Newman

November is the month to be aware of hospice, and that means it's time to look at hospice's biggest and fastest growing sector, the privately-held and publicly-traded companies trying mightily to get their hands on as much as they can of the *$19,000,000,000.00 +/- Medicare paid out for hospice in 2017.

There are lots of players bouncing around the for-profit hospice space, but here's one that caught my attention and continues to educate me about corporate hospice, Caris Healthcare.

First, take off any rose-colored glasses that may obscure the proper understanding about the true nature of our work in hospice. 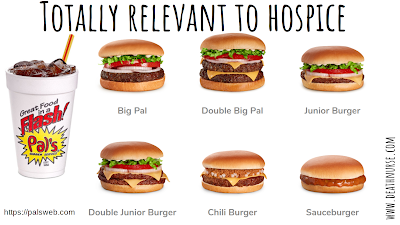 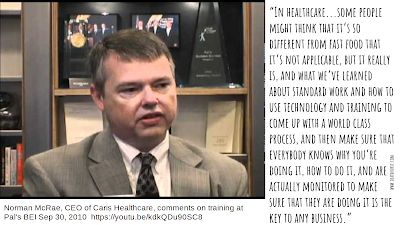 My nursing colleagues, physicians, and other clinicians often describe our knowledge and practice as the skillful combination of art and science. In the world of corporate for-profit hospice, the main difference between a hospice nurse and the kid who hands over a bag of fries is that the hospice nurse's boss needs to watch them more closely. 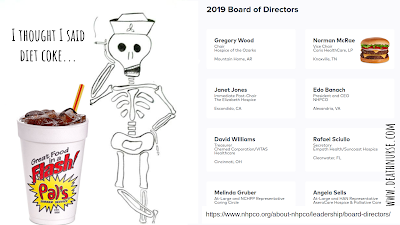 Being on the Board of Directors of a industry's national trade group is a valuable platform. Very valuable. 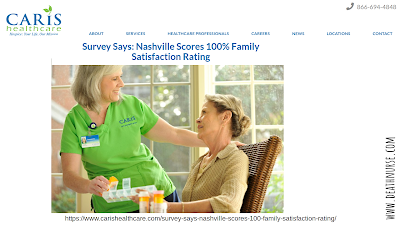 The corporate website is one way to learn more about a company. I also like to assess the company's approach to its website and other materials, because I think it provides useful insight into their mindset and culture. Here, for example, Caris has chosen to put their own people front and center instead of using stock photos. 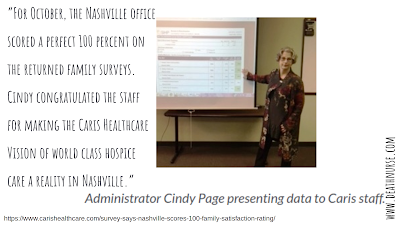 Of course they're tooting their own horn in this blog post, and who wouldn't? It's a compelling story and deserves telling. Then I clicked on the photo... 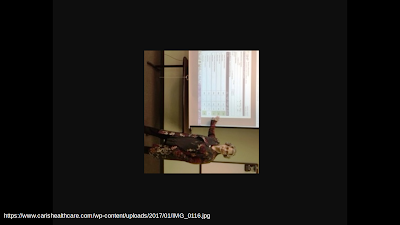 Is this somebody's idea of a joke?

Or, maybe their hosting platform has a technical requirement that all pictures must be uploaded sideways. 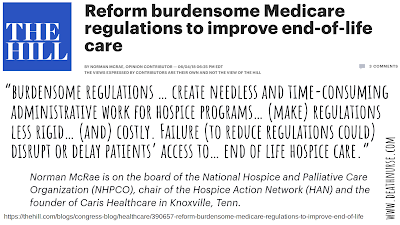 Is this somebody's idea of a joke?

I didn't know much about Caris before their CEO shared his vision for the best hospice earlier this year in the online version of The Hill, a popular news outlet covering politics, policy, business, and international relations. 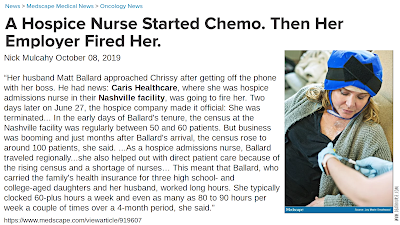 I think this might be the same Nashville location that was practically perfect in every other way. 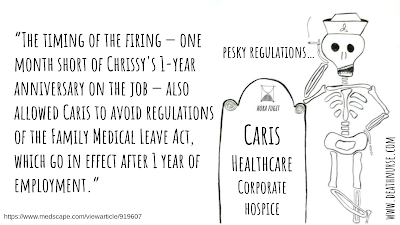 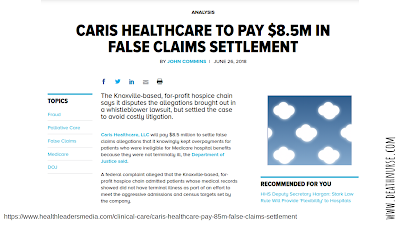 “We have significant expertise in investigating hospice fraud, as this part of the country unfortunately has seen more than its share of these schemes,” said Special Agent in Charge Derrick L. Jackson for the Office of Inspector General for the region including Tennessee.  “When hospices increase their bottom lines by billing taxpayers for unneeded services, they are diverting money from vulnerable, terminally-ill individuals.” 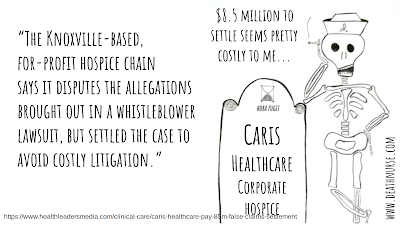 Part of the cost of doing for-profit corporate hospice business. 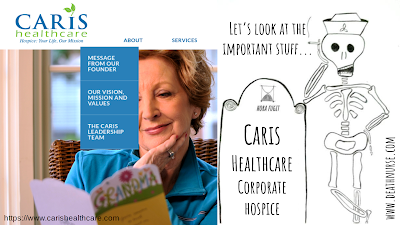 I wanted to see what else the company had to say about itself, especially coming straight from the founder. So, click on 'About,' then click, 'Message from our founder.' 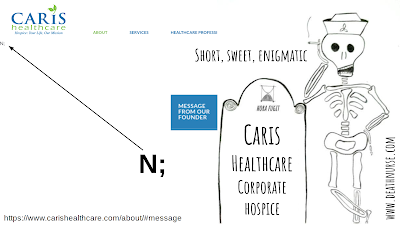 In the words of Norman MacRae, Founder and CEO of Caris Healthcare: "N;" 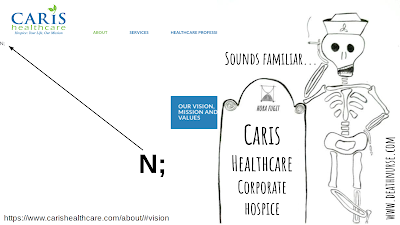 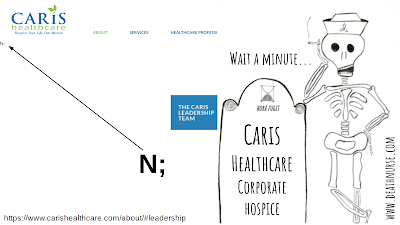 There's not much else to say, so let's have the final slide, please... 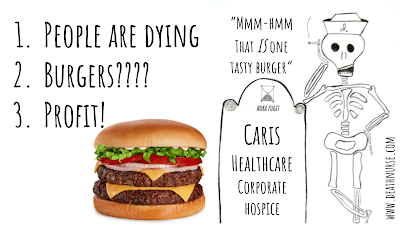 Links to sites mentioned in this post:
Thanks for reading. See you next time!
Posted by Jerry at 1:42 PM