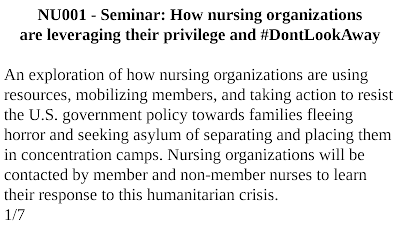 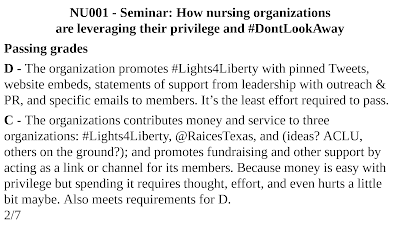 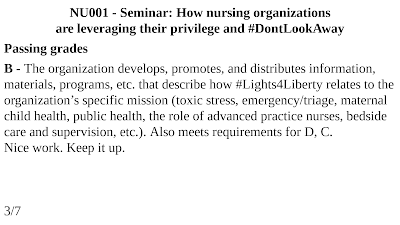 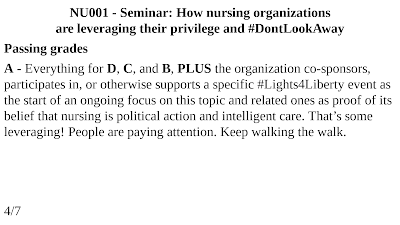 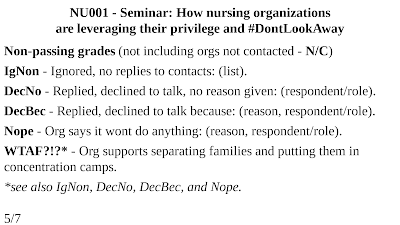 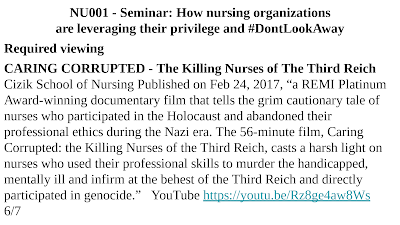 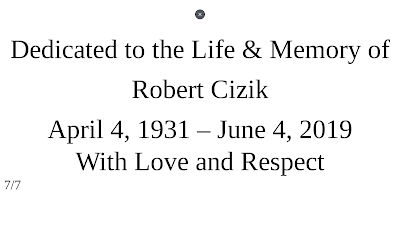 NU001 - Seminar: How nursing organizations are leveraging their privilege and #DontLookAway

An exploration of how nursing organizations are using resources, mobilizing members, and taking action to resist the U.S. government policy towards families fleeing horror and seeking asylum of separating and placing them in concentration camps. Nursing organizations will be contacted by member and non-member nurses to learn their response to this humanitarian crisis.

D - The organization promotes #Lights4Liberty with pinned Tweets, website embeds, statements of support from leadership with outreach & PR, and specific emails to members. It’s the least effort required to pass.

C - The organizations contributes money and service to three organizations: #Lights4Liberty, @RaicesTexas, and (ideas? ACLU, others on the ground?); and promotes fundraising and other support by acting as a link or channel for its members. Because money is easy with privilege but spending it requires thought, effort, and even hurts a little bit maybe. Also meets requirements for D.

A - Everything for D, C, and B, PLUS the organization co-sponsors, participates in, or otherwise supports a specific #Lights4Liberty event as the start of an ongoing focus on this topic and related ones as proof of its belief that nursing is political action and intelligent care. That’s some leveraging! People are paying attention. Keep walking the walk.

Non-passing grades (not including orgs not contacted - N/C)

DecNo - Replied, declined to talk, no reason given: (respondent/role).

Nope - Org says it wont do anything: (reason, respondent/role).

CARING CORRUPTED - The Killing Nurses of The Third Reich

Cizik School of Nursing Published on Feb 24, 2017, “a REMI Platinum Award-winning documentary film that tells the grim cautionary tale of nurses who participated in the Holocaust and abandoned their professional ethics during the Nazi era. The 56-minute film, Caring Corrupted: the Killing Nurses of the Third Reich, casts a harsh light on nurses who used their professional skills to murder the handicapped, mentally ill and infirm at the behest of the Third Reich and directly participated in genocide.”   Watch on YouTube