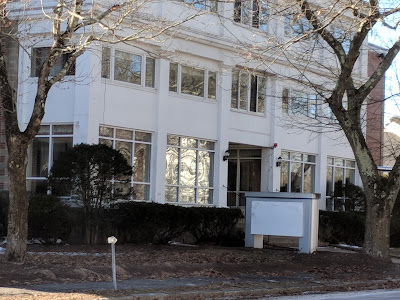 With apologies to Eagles fans

There’s not much information floating around right now, except for the name of some guy at an address in downtown Chicago. It’s probably a law office, a place for tax bills and other complaints to arrive in piles and end up in folders.

We’ll see what happens with my request yesterday for public information related to the shutdown on file with the Massachusetts Department of Public Health (Mass DPH).

I just learned about some outstanding reporting by Sabriya Rice and Holly K. Hacker at the Dallas Morning News. Their piece goes deep into nursing home abandonment on a much larger scale. They report:

A stream of documented complaints from three separate states flows back to one nursing home operator: Preferred Care of Plano, which filed for bankruptcy in November.

As a reason for its financial troubles, the company has cited more than 160 “predatory” lawsuits.

“It is in the best interest of citizens to have tort reform. That clearly reduces contingency-fee, ambulance-chasing lawsuits. It absolutely does have an effect,” he said Wednesday.

From 2014 to 2016, the amount Preferred Care paid in legal fees jumped fivefold to $10 million, which limits its ability to spend  money on patient care, its attorneys told a bankruptcy judge in December.

While the company portrays itself as a victim of a tort system run amok, The News’ review of state and federal inspection reports and dozens of lawsuits found that Preferred Care locations in Texas and other states have a poor track record that includes neglect, injury and death.

Yikes. Read it all…

Back at our own local abandoned nursing home, Kindred was the last corporate owner whose name appeared on the now-blank sign.

I’m going to read up at Strange Tony’s most excellent blog, Generic Hospice for much more on the machinations of Kindred-Gentiva-etc recent years. Dude knows the scoop.