More on the abandoned nursing home

With its back to the street at twilight

Note - I first wrote about the abandoned nursing home here, with an update here.

Here's what I've been able to piece together so far about the abandoned nursing home:

1. At some point around 2016, Kindred sold/transferred the facility to Wachusett Healthcare, LLC.

Kindred had embarked on a major acquisition/merger with Gentiva and Centerre to form a new corporate giant that planned to dominate the post-acute / rehab / long term care / home care / hospice market in (2015).

A year later, they decided to get out of the nursing home business, and are set to sell it off to a group that includes Humana and some private funds. There's much more on this saga by Strange Tony at the very fine Generic Hospice, "Kindred sells on the cheap."

2. I haven't found a website for Wachusett Healthcare, LLC. There's a listing for Wachusett Ventures, LLC in the directory, CTOPENDATA, which lists companies registered in Connecticut. The only individual listed is Raymond Dennehy.

There's also a list of open positions with the company at various facilities in MA and CT.

3. Based on public documents I obtained from the Massachusetts Department of Public Health (DPH), attorney Andrew Levine sent a letter on August 29, 2017 informing DPH that, "It has been determined by the owners that the facility should close."

4. This action requires a plan and public hearing. A plan signed by Scott Bullock as Executive Director of the facility and routed through attorney Levine was submitted to DPH on September 11, 2017.

A notice of the public hearing was included in the plan, posted in the facility, and held there on September 25, 2017. DPH regulations also require notice to be posted in the local newspaper, similar to a classified ad.

Though the public hearing notice references the ability of "interested parties" to comment on the closure and plan, it slipped under the radar of area residents and Town officials.

6. A letter from attorney Levine to DPH notes the last resident was transferred on November 19, 2017.

7. That letter also identifies WV-Concord SNF OPCO, LLC as "the facility's owner." That LLC lists the same address and individual as for Wachusett Healthcare LLC. I'm not entirely sure what happened or what this means.

8. Fast forward to late January. A Town official noted several departments were aware the building was vacant and were trying to contact the owner. The only available contact listed is Alan Kelly at 353 N. Clark St Ste. 2900 Chicago IL 60654. I found a listing for this name and address, but my attempts to call never went through and ended in busy signals. 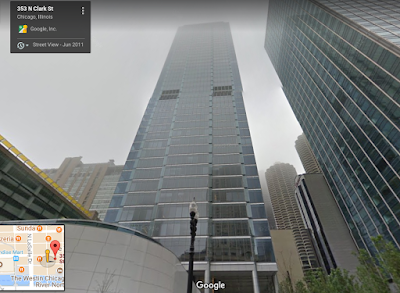 Not an abandoned nursing home

Thanks for reading. See you next time.
Posted by Jerry at 10:54 AM